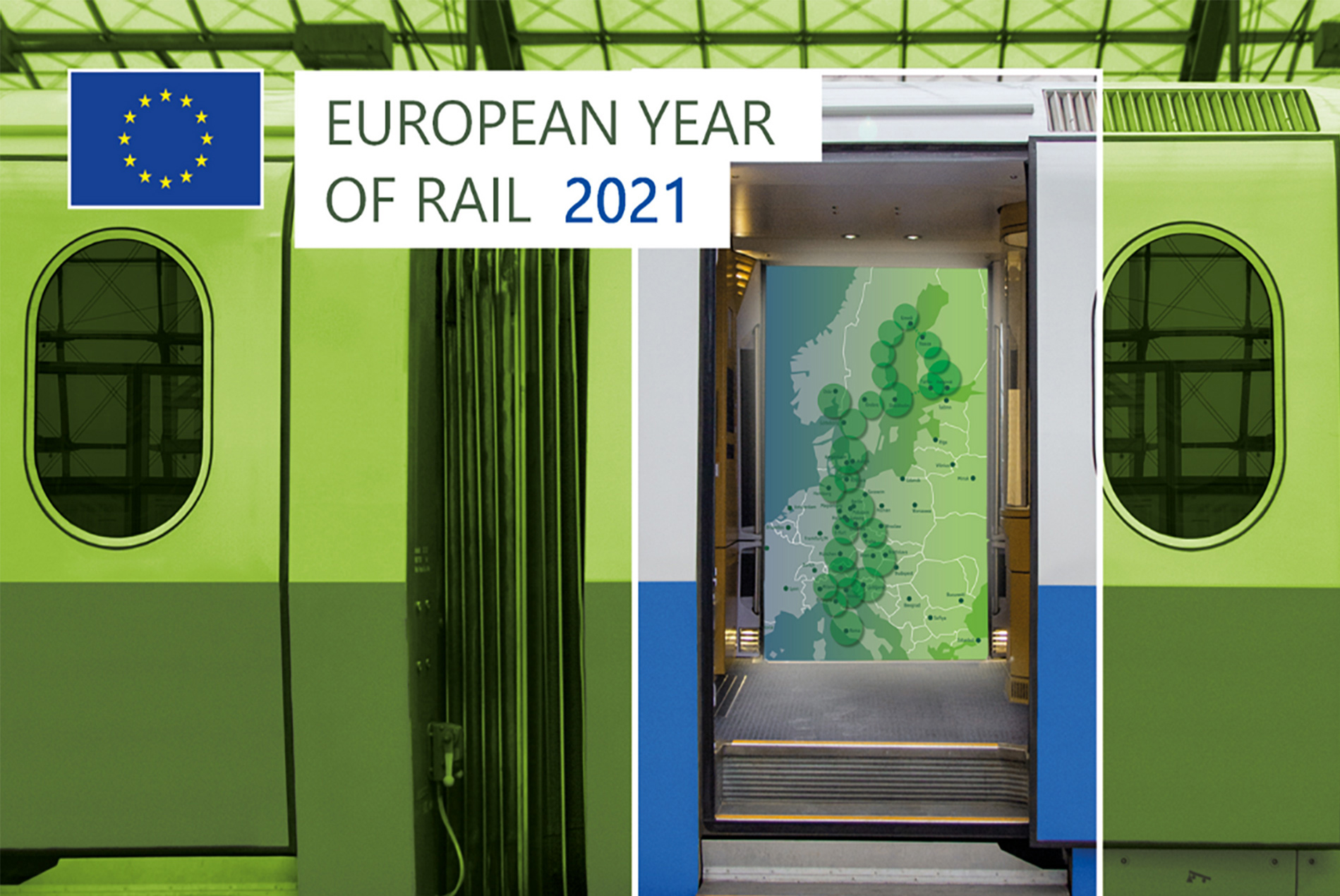 On the occasion of the European Year of Rail, the Scandria®Alliance member regions presented their vision for rail transport in the northern Scandria®Corridor at the Scandria®Alliance Rail Forum. The event was held back-to-back with the Alliance’s General Assembly in Berlin on 2 November 2021. The members underlined the importance of cross-border rail transport for the development of their regions and the fulfillment of Paris Climate Goals. 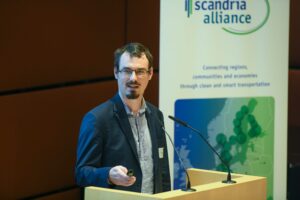 During his keynote, Tomás Petras, Team leader Northern and Eastern Europe, DB Fernverkehr AG, provided an outlook into the nearer and farther future of rail transport in the Scandria®Corridor. He highlighted the challenges of running cross-border passenger rail services but also the opportunities that come along major European rail infrastructure projects in the Scandria®Corridor, the Fehmarn Belt fixed link and the Brenner Base Tunnel. Both will significantly reduce travel times, making rail services more competitive.

Even before this new infrastructure will become operational, DB Fernverkehr AG is planning to introduce new and better cross-border rail offers together with its partners. Talks are ongoing with SJ and also with Trenitalia. It was planned to inaugurate new services between Munich and Milan in 2021. Unfortunately, this had to be postponed due to missing homologation of ETCS in Austria, which will not be available before 2023.

Besides infrastructure bottlenecks, national safety systems are a major challenge for cross-border rail services. Mr Petras stressed illustrated that it would need as many as three locomotives to run a train between Sweden, Germany, the Netherlands and Czech Republic or between Germany, Austria and Italy as it is foreseen.

Another obstacle are capacity bottlenecks around Hamburg, the Öresund, Berlin, Nuremberg and Munich, which would require further investments into improved or new infrastructure.

After 2030, he concluded, competetive train services could connect all major cities in the Scandria®Corridor at every two to four hours at competetive travel times. 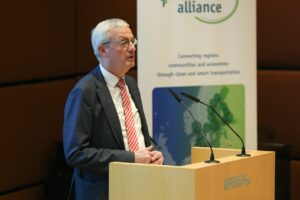 Guido Beermann, Minister of Infrastructure and Federal State Planning of Land Brandenburg and Chairperson of the Scandria®Alliance General Assembly, presented the Vision for rail transport in the Northern Scandria®Corridor.

He stressed, that without well functioning rail services, we would be hardly able to achieve the Paris Climate goals. The rail vision underlines the importance of cross-border rail transport to the member regions and calls on all actors to:

offer attractive, frequent and high-quality services to cross-border travellers at the long distance as well as at the short distance,
provide frequent, attractive and convenient night train connections between urban nodes in the Scandria®Corridor,
provide sufficient capacities for rail freight services, making them a viable alternative to road-based freight transport in terms of reliability and economic feasibility,
be integrated in terms of timetable and ticketing systems,
be well connected to other modes of transport.
He mentioned that there were good developments just recently, like the inauguration of a new night train between Berlin and Stockholm, or the current discussions about clockwise timetables across Europe. However, sufficient ressources need to be secured to upgrade infrastructure capacity. 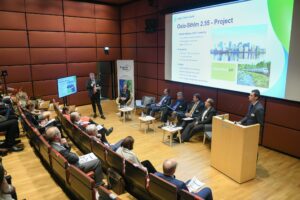 Following the two keynotes, opportunities and challenges of cross-border rail transport from the perspective of the Scandria®Alliance member regions were presented as flash lights to illustrate the importance of cross-border rail services. Bernd Arm, Head of Division Service and Infrastructure, VBB Verkehrsverbund Berlin-Brandenburg, presented the cross-border rail project Berlin-Szczecin in the German-Polish cross-border area. Making travelling much more convenient and faster as a response to growing cross-border integration process. The costs of 500 million EUR on the German side will be financed by the national and and regional governments, hopefully with support of European Union within the Connecting Europe Facility

The next speaker, Pekka Ottavainen, Managing Director, One-hour Turku Rail Link Ltd. introduced into a special purpose vehicle created by municipalities, cities, regions and national government designed to do the planning of a rail infrastructure project that would halve travel time between both cities and create a link to Sweden and Russia.

Kåre Pettersen, Member of Vestfold and Telemark County Council referred to the Fehmarn Belt fixed link as a game changer. To achieve the Paris Climate goals and to fully use the potential of the new fixed link, it will be necessary to invest intro rail infrastructure and to remove bottlenecks. From eastern Norway’s perspective, it is therefore crucial to upgrade the existing single rail track between Oslo and Gothenburg to make rail transport a viable alternative to truck transport. To relieve the road and rail, the Jutland Corridor from Hamburg to Oslo should be further developed to enable a modal shift from road to sea and rail transport.

In a joint presentation, Magnus Lagergren, Vice-Chair of the regional public transport authority and regional infrastructure board, Region Örebro County and Dino Keljalic, Transport Strategist, Region Örebro County highlighted, that it would be necessary for a successful transition to an efficient and sustainable transport system to invest into rail infrastructure. This would support modal shift. Top-priority from Region Örebro’s perspective would be a cross-border fast railway between Oslo and Stockholm. This would connect 3.5 million people integrating labour markets inbetween. To reduce carbon footprint of freight transport, it would be necessary to strengthen multimodal transport by investments into rail-road terminals. Another option would be the electrification of road transport, where there are important projects running in Örebro region, Sweden’s first permanent electric road as well as the introduction of Bus Rapid Transport in the city of Örebro.

In the folllowing discussion the need of a long-term perspective was stressed as there should be an agreement at political level about these strategic goals.

Referring to Berlin-Szczecin rail project, Jürgen Murach from Berlin’s Senate Department for the Environment, Transport and Climate Protection, highlighted the importance of rail-ferry links, such as Świnoujście in the light of low motorisation rate in metropoles like Berlin as an issue that should be discussed in this respect.