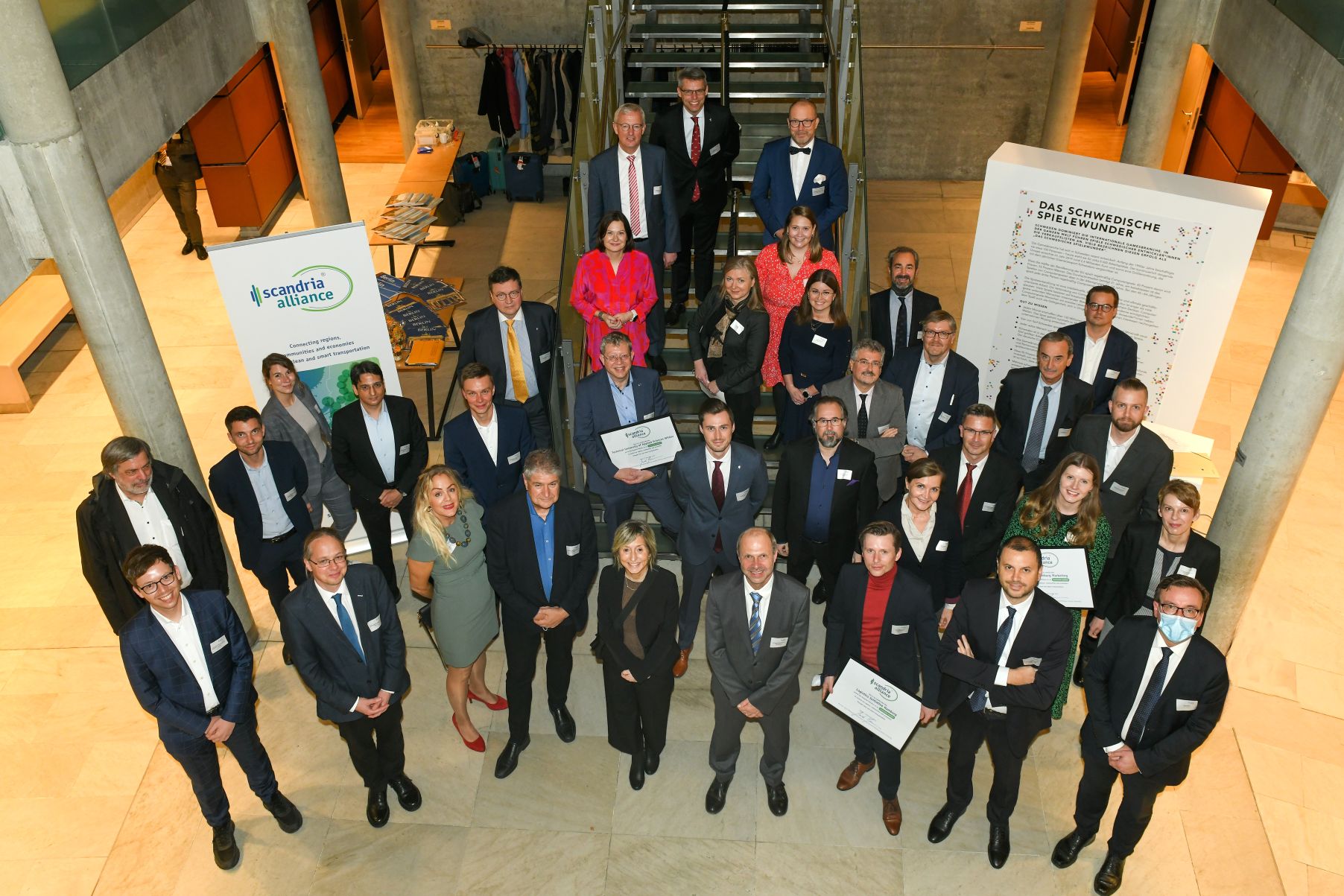 During the Scandria®Alliance General Assembly, the chairman of the Alliance, Minister Guido Beermann representing the Capital Region Berlin-Brandenburg could welcome seven new members.

Thus, the Scandria®Alliance could double its membership and is now formed by eight full members and five associated members, representing cities and regions along the Scandria®Corridor with altogether 25 million inhabitants from Finland, Sweden, Norway, Germany and Italy.

The new full members are:
The Kvarken Council EGTC representing Finish and Swedish regions located along the Kvarken strait in the Gulf of Bothnia,
The Emilia-Romagna Region around the city of Bologna

The new members were warmly welcomed during the Scandria®Alliance General Assembly on 2 November in the Nordic Embassies in Berlin in a solemn ceromony.

In their statements, the new members underlined the similarity of challenges in their regions and the need to act jointly on Corridor level.