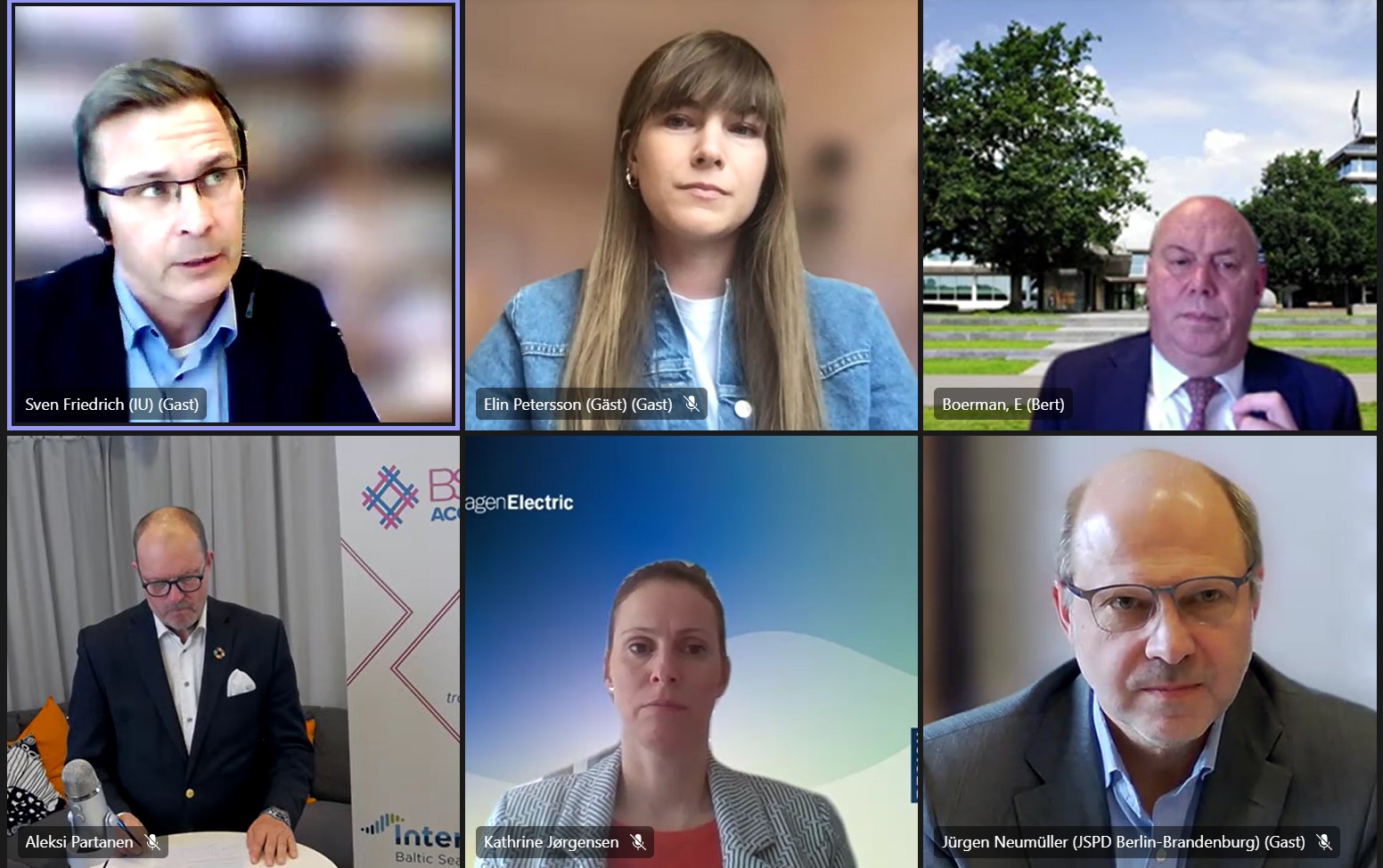 “BSR Access complemented the work of the corridors very well”

When kicking-off the BSR Access Final Conference on 16 March 2022, held as an online-event, Catherine Trautmann, European Coordinator for the TEN-T North Sea Baltic Corridor praised the work of the BSR Access platform, since it involved stakeholders and regions into the work of the TEN-T CNCs. “In that sense, I believe that BSR Access complemented the work of the corridors very well”. She emphasized the ambition of the European Commission to accelerate green transition in the transport sector. Cities and regions would be an important driver for that development. She would appreciate, if such strong networks would support the proposed TEN-T regulation, that is to be decided during this year.

During the final conference, where partners to the platform presented their major conclusions of a three years collaboration of different transport related projects supported by the Baltic Sea Region Programme 2014-2020 and other collaboration programmes, representatives of participating regions confirmed the enormous step forward, European transport policy has already achieved. They were sharing the view, that the focus on climate-smart mobility would be really necessary to achieve the ambitious climate goals.

Ossi Savolainen emphasized, that in light of Russia’s invasion of Ukraine, physical connections between Scandinavian and Baltic countries like the proposed corridor extension and mega-projects like Rail Baltica and the Helsinki-Talinn fixed link would become even more important.

Joakim Strand, City of Vaasa and chair of Kvarken Council EGTC, underlined the value of cross-border collaboration for regional development and economic growth.

Elin Petersson, Chair of the regional development board at Region Blekinge, pointed to peripheral regions such as Blekinge actively generating an inflow of goods and passengers to the TEN-T Core Network.

Kathrine Jørgensen, representing the Capital Region of Denmark, highlighted the need for more intensive cross-border cooperation with regard to the deployment of clean fuels to avoid isolated solutions and to meet the ambitious objectives.

Jürgen Neumüller, Joint Spatial Planning Department Berlin-Brandenburg and representing the chair of the Scandria®Alliance, conveyed the statement Brandenburg minister for Infrastructure and Regional Planning, Guido Beermann, appreciating the TEN-T proposal and underlining the need for a more flexible definition of urban nodes.

Bert Boerman, Regional Minister of Province Overijssel in the Netherlands saw similiar challenges in his region tand stressed that intensive collaboration across the EU and especially along the North Sea -Baltic Corridor will be even more necessary in the future. He offered to share knowledge and competences available in his region with stakeholders from the entire corridor.

Orsolya Schulz, Managing Authority/Joint Secretariat of the Interreg BSR Programme, stressed the special focus on furthering green mobility solutions towards greener and more resilient societies and economies in the new funding period and the intention to continue project platforms, as they proved very succesful.

Thomas Jacob, supported the need to evolute from a project-based approach to a process based approach as suggested by Ossi Savolainen. This would require further committment of partners and a high degree of flexibility concerning issues and instrument. The network, as a basis, would be there.

Daniel Meltzian, VASAB Chair at the Federal Ministry of the Interior, Building and Community in Germany, reminded for the strong interaction between transport and regional development, which would be reflected in the VASAB Long-Term Perspective, “VASAB Vision 2040” that is currently updated.

The synergies between the activties of different regional platformes were also pointed out by Lucas Bosser, Director for Transport at the Conference of Peripheral Maritime Regions (CPMR). He wished to continue the valuable exchange and to join forces.