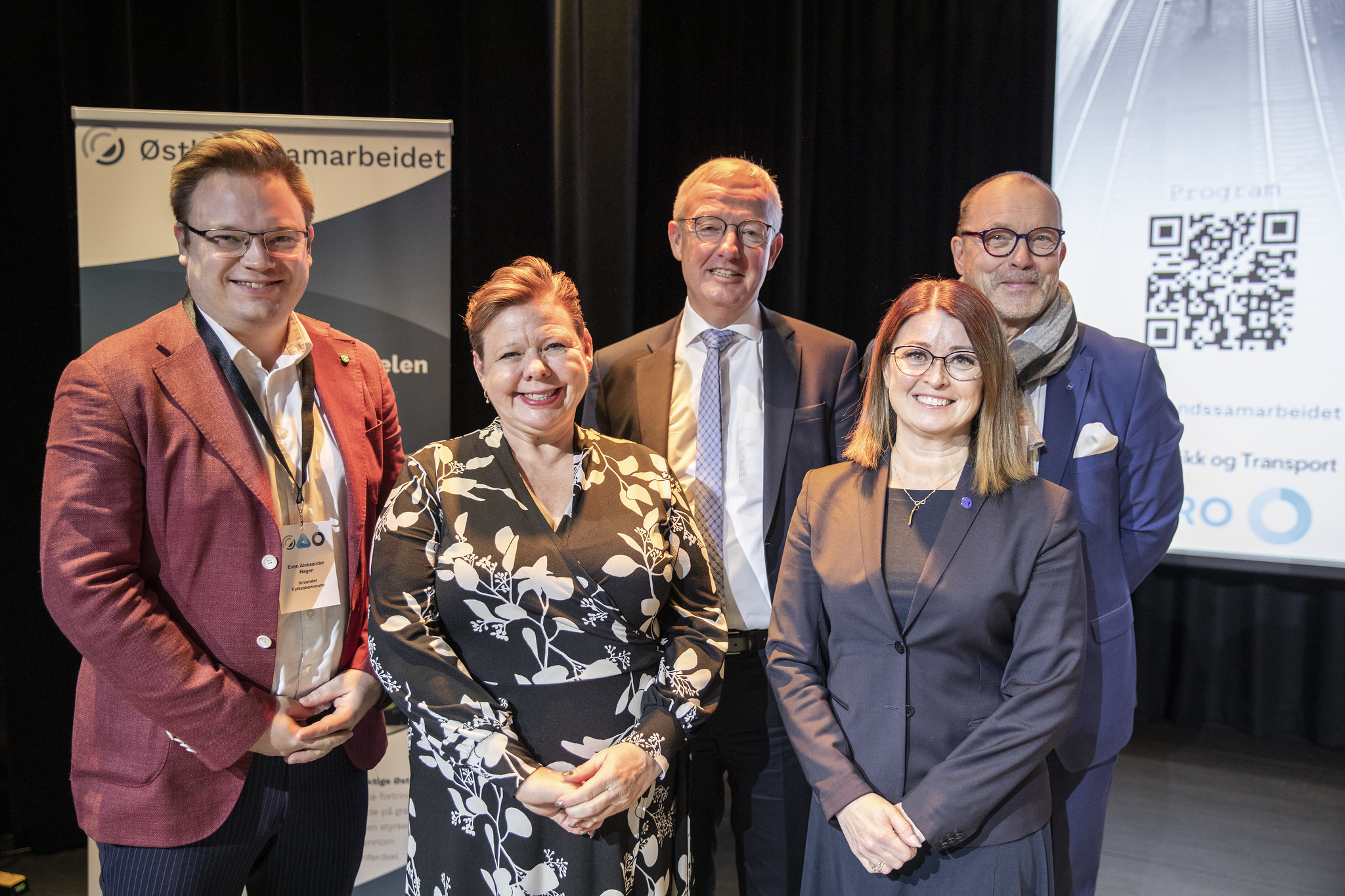 The political leaders of the Scandria®Alliance participated in a high-level conference on cross-border freight transport in Oslo on 6 December 2022. They highlighted the importance of continued cross-border and transnational cooperation of cities and regions for achieving a green transition in the transport sector and contributing to green growth along European transport corridors.

Guido Beermann, Chairperson of the Scandria®Alliance and Minister of Transport of Brandenburg (Germany): “We can only achieve our ambitious climate goals if we think environmentally sound mobility beyond national borders and regions. This holds especially true for the transport sector. As a major hub for freight transport at the intersection of three trans-European transport corridors, there is great potential here for the Capital Region Berlin-Brandenburg, but also for Europe as a whole. In order to bridge the gap between economic growth and a sustainable transport policy, even closer cooperation between European cities and regions is necessary. With the Scandria®Alliance, we have created a platform that enables and promotes the exchange of experiences and the transfer of knowledge between the regions along the longest European transport corridor, the Scandinavian-Mediterranean Corridor.”

Annette Lindahl Raakil, Vice Chairperson of the Scandria®Alliance and Vice Mayor for Planning, Climate and Environment of Viken County (Norway): “For the Scandria®Alliance, the freight conference in Oslo has been a great platform for discussing cross-border infrastructure with other politicians and businesspeople. The clear message from the conference is that cross-sector and cross-border collaboration is decisive to foster a green shift in the transport sector”.

The cross-border freight conference gathered more than 120 participants from politics, administration, industry and academia. Also the other two vice chairpersons of the Scandria®Alliance, Åsa Ågren Wikström, Deputy Chair of the Board of Kvarken Council EGTC (Sweden/Finland), and Ossi Savolainen, Regional Mayor of Helsinki-Uusimaa (Finland), participated in the event.

In different sessions, participants discussed successful strategies for decarbonising freight transport and for shifting traffic from road to rail and sea as well as possibilities of cross-border cooperation along European transport corridors. During the conference, the chairs of the Scandria®Alliance shared their view on how the Scandria®Alliance can contribute to this cooperation. Among other things, Minister Beermann pointed out that the members of the Alliance will continue to actively participate in the discussion on the role of so-called “urban nodes” in the Trans-European Transport Network (TEN-T). In view of the current geopolitical challenges, he also advocated for an exchange of knowledge and experiences on joint solutions for secure supply chains and resilient transport infrastructure.

The conference was organised by the Eastern Norway County Network in collaboration with the Confederation of Norwegian Enterprise (NHO) and the environmental foundation ZERO.

Read more about the cross-border freight conference here (in Norwegian).