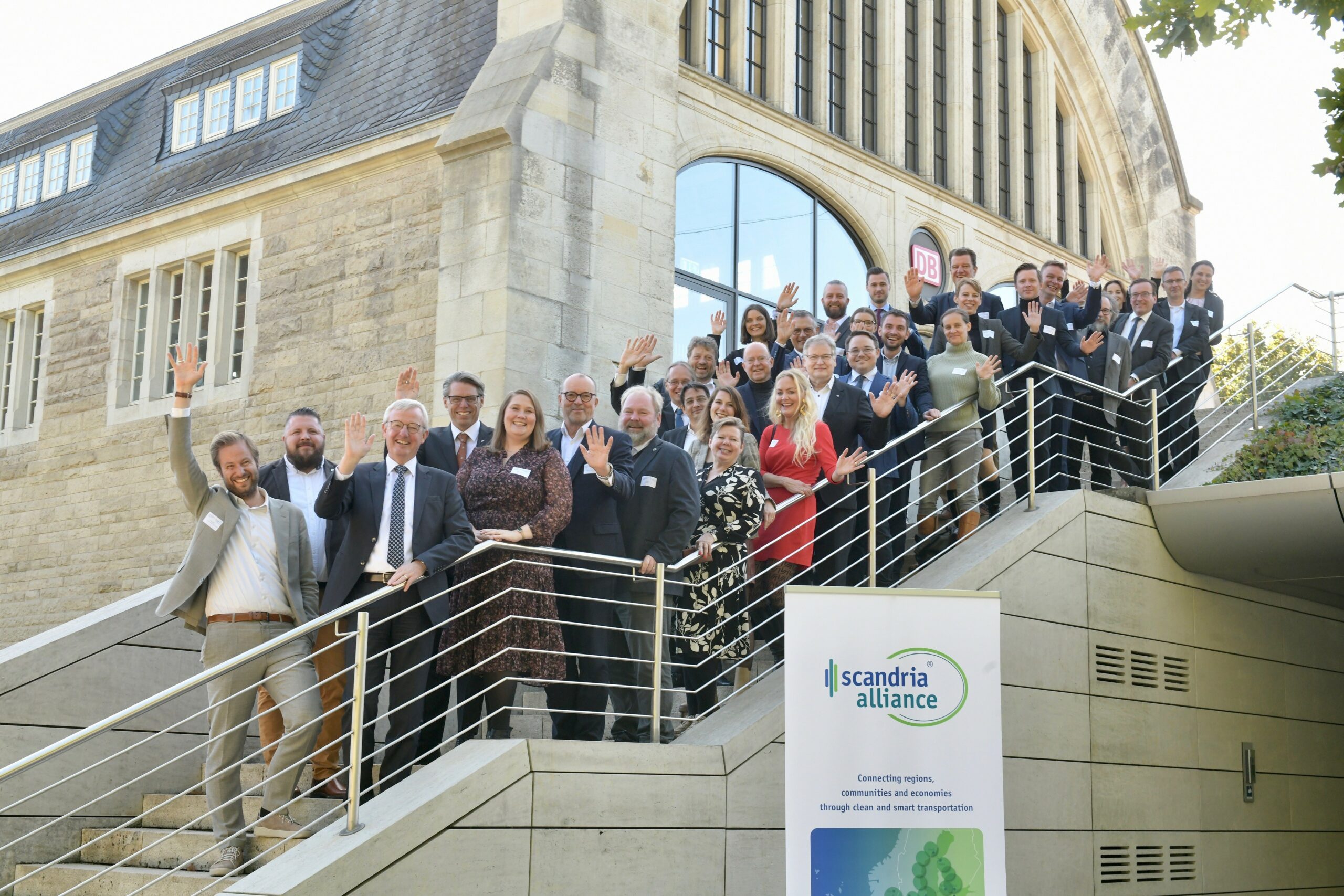 General Assembly of the Scandria Alliance met in Potsdam

During its meeting in Potsdam on 7 October 2022, the General Assembly of the Scandria Alliance agreed to put a new focus on urban nodes and elected new vice chairpersons.

The participants of the Scandria®Alliance’s General Assembly agreed to focus on the potentials of cooperation between urban nodes along the ScanMed corridor. Guido Beermann, Chairperson of the General Assembly and Minister of Transport of Brandenburg, emphasised their increased importance, especially in European transport policy.

Guido Beermann, Chairperson of the General Assembly of the Scandria®Alliance and Minister of Transport of Brandenburg: „We want to further consolidate the Scandria®Alliance as an active and attractive cooperation platform for cities and regions for climate-friendly and multimodal mobility and transport solutions. Therefore, we are expanding our focus to the urban nodes along the ScanMed corridor. Because cities do not end abruptly at their borders, but go beyond them as part of a functional urban area. We see this in the example of Berlin and Potsdam, whose functionality radiates out into the peripheral areas and various regional nodes. These so-called ‘urban nodes’ are playing an increasingly important role in European cooperation and especially for cross-border transport policy. The European Commission’s proposal for revised guidelines for the development of the trans-European Transport Network (TEN-T) also takes this into account. I look forward to further constructive cooperation with the European Commission and the European coordinator for the Scandinavian-Mediterranean Corridor, Mr Pat Cox, on the concerns of urban nodes along this important European north-south axis.“

The General Assembly of the Scandria®Alliance was attended by representatives from politics and administration of the member cities and regions as well as the associated members of the network, for example universities, logistics initiatives and cluster organisations.

In addition to the thematic focus on ‘urban nodes’, organisational issues were also on the agenda. The members decided to replace the rotation principle for the chairmanship with an election of the chairperson every two years. In addition, deputies are to be elected in future.

The new rules were already applied at the meeting: Minister Guido Beermann was confirmed in office as Chairperson of the General Assembly of the Scandria®Alliance for another two years. Annette Lindahl Raakil, Vice Mayor for Planning, Climate and Environment of Viken County (Norway), Ossi Savolainen, Regional Mayor of Helsinki-Uusimaa Regional Council (Finland) and Åsa Ågren Wikström, Member of Västerbotten County Council (Sweden) and Deputy Chair of the Board of Kvarken Council EGTC (Finland/Sweden) were elected as vice chairpersons of the Scandria®Alliance.